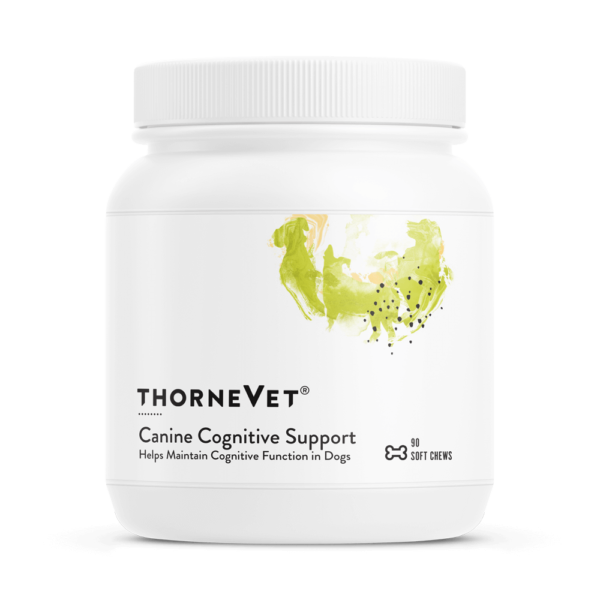 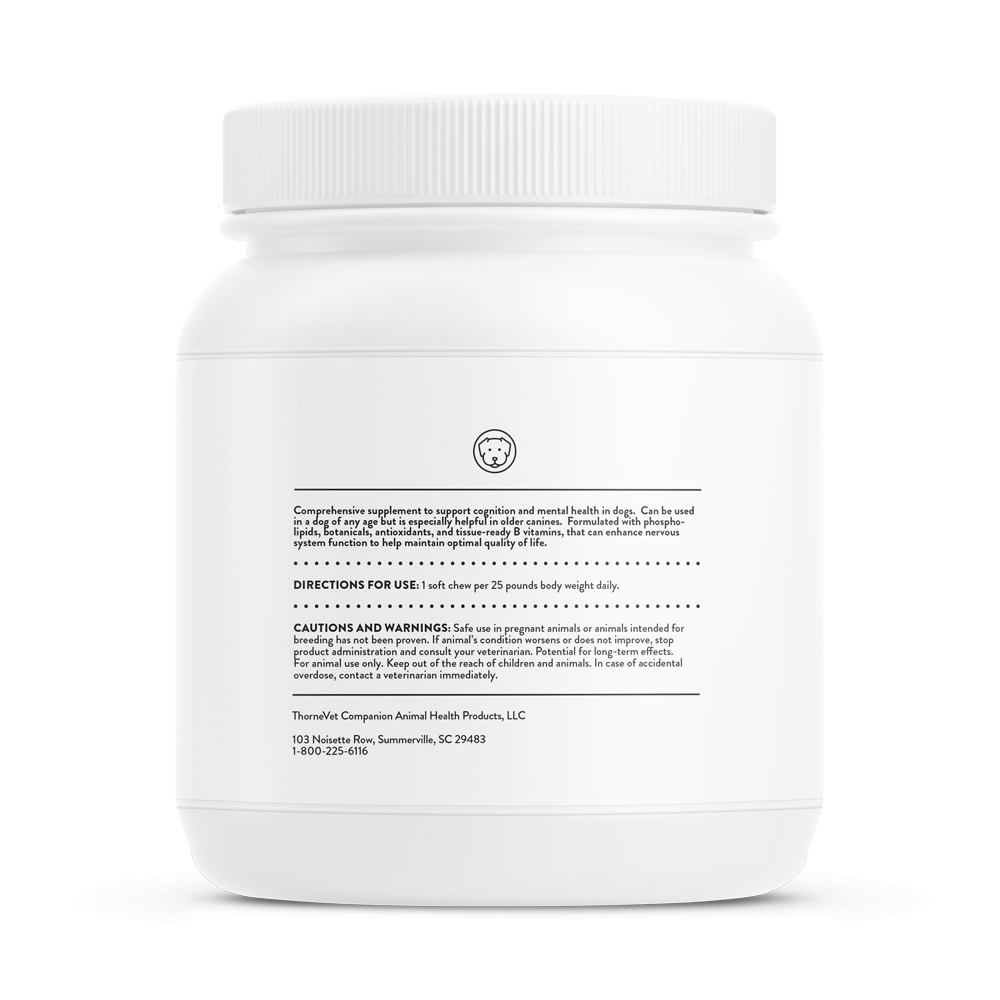 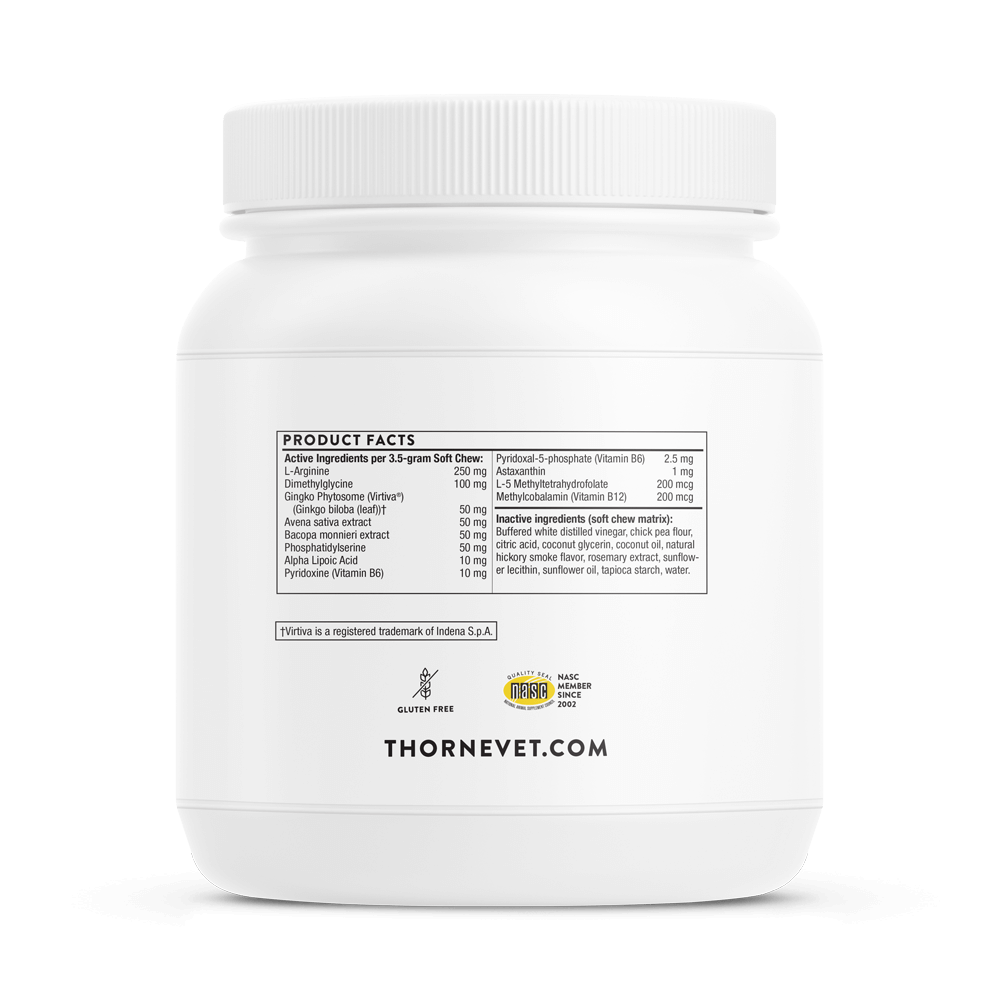 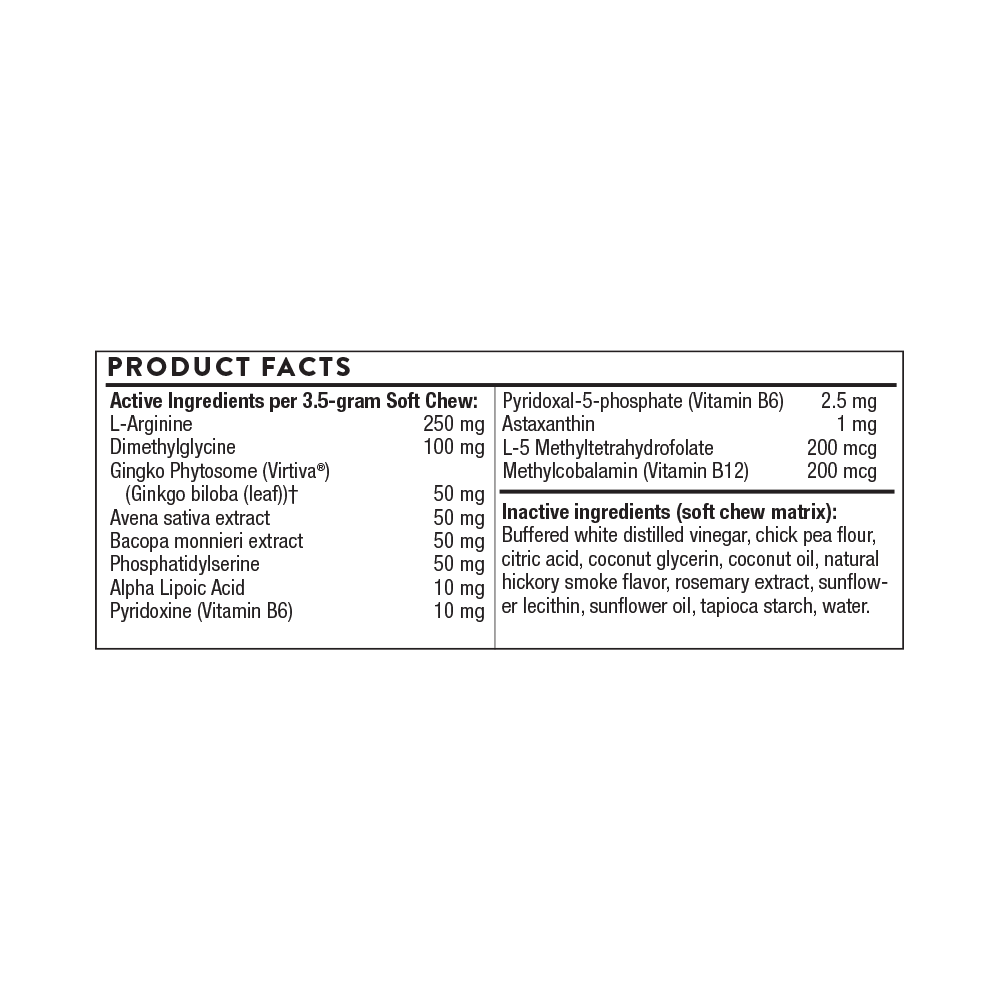 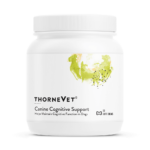 A powerhouse of ingredients designed to support cognitive and mental health in dogs.

Although this formula can be used by dogs of all ages to support their neurologic health, the formula particularly excels in supporting the aging dog.

Dimethylglycine (DMG) is an antioxidant that crosses the blood-brain barrier and increases energy production for the brain by increasing creatine and phosphocreatine. DMG also provides building blocks for the brain’s neurotransmitters, as well as optimizing circulation and oxygen utilization in the brain. Similarly, L-arginine boosts nitric oxide production, thus improving cerebro-cortical blood flow.

By ThorneVet (BU) In Dog Supplements