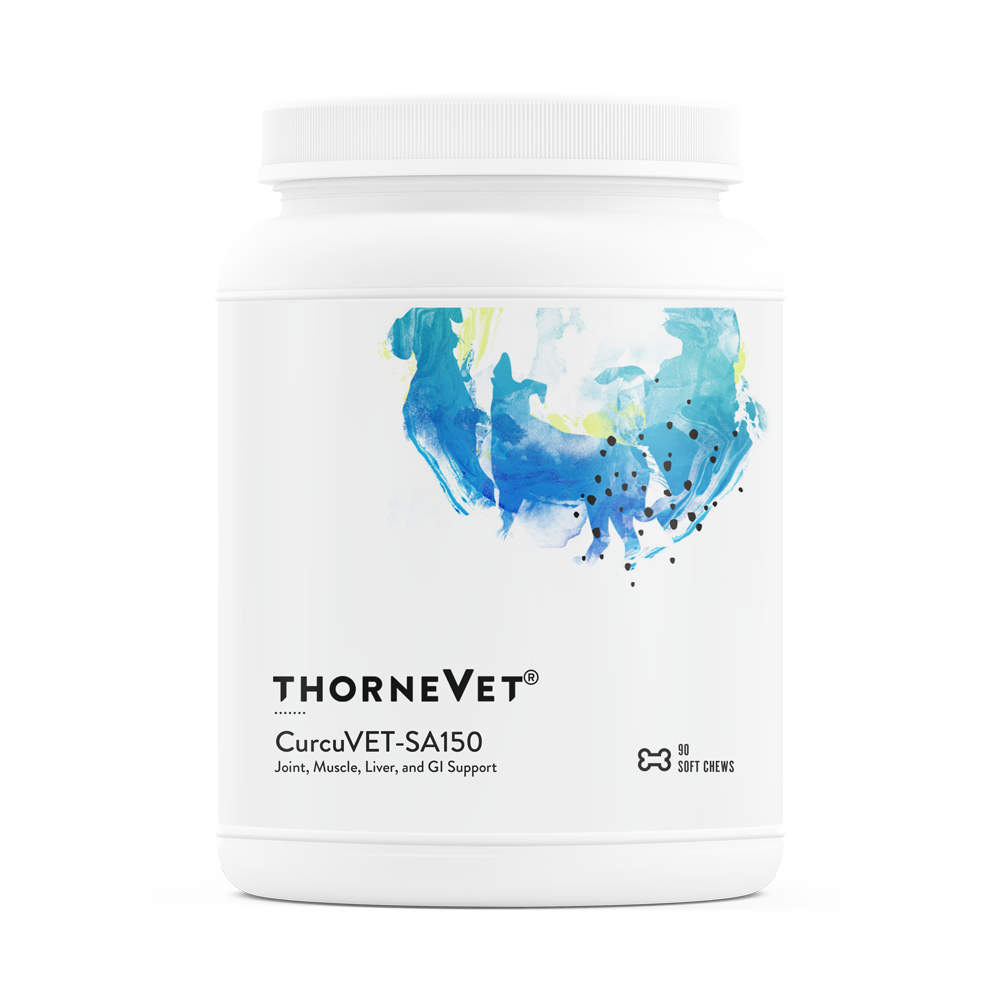 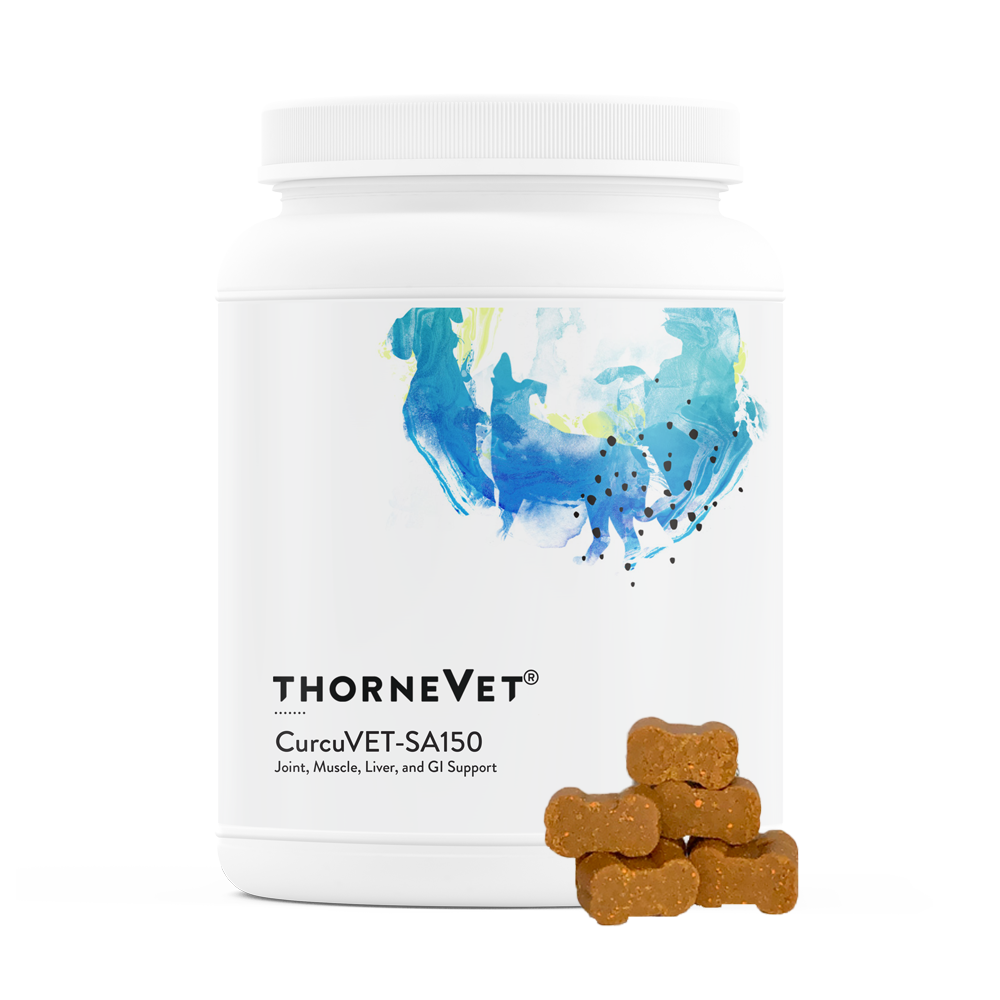 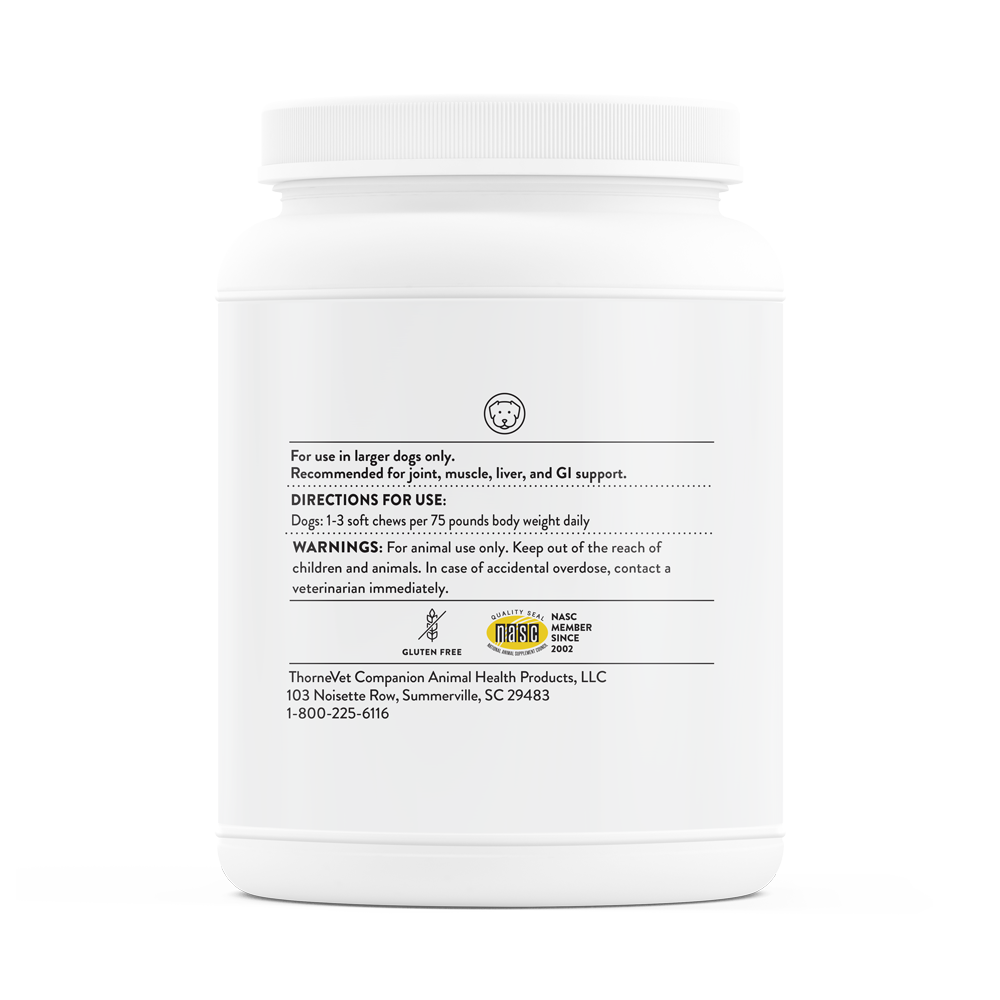 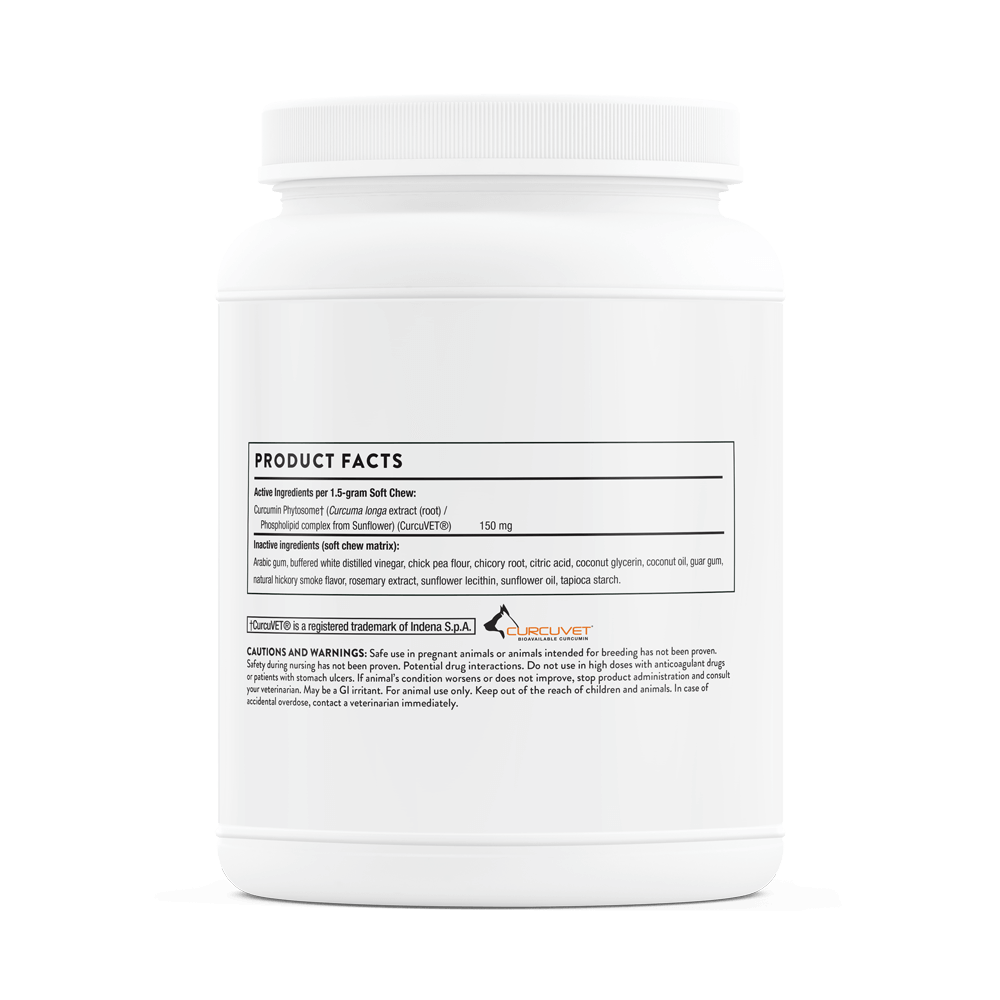 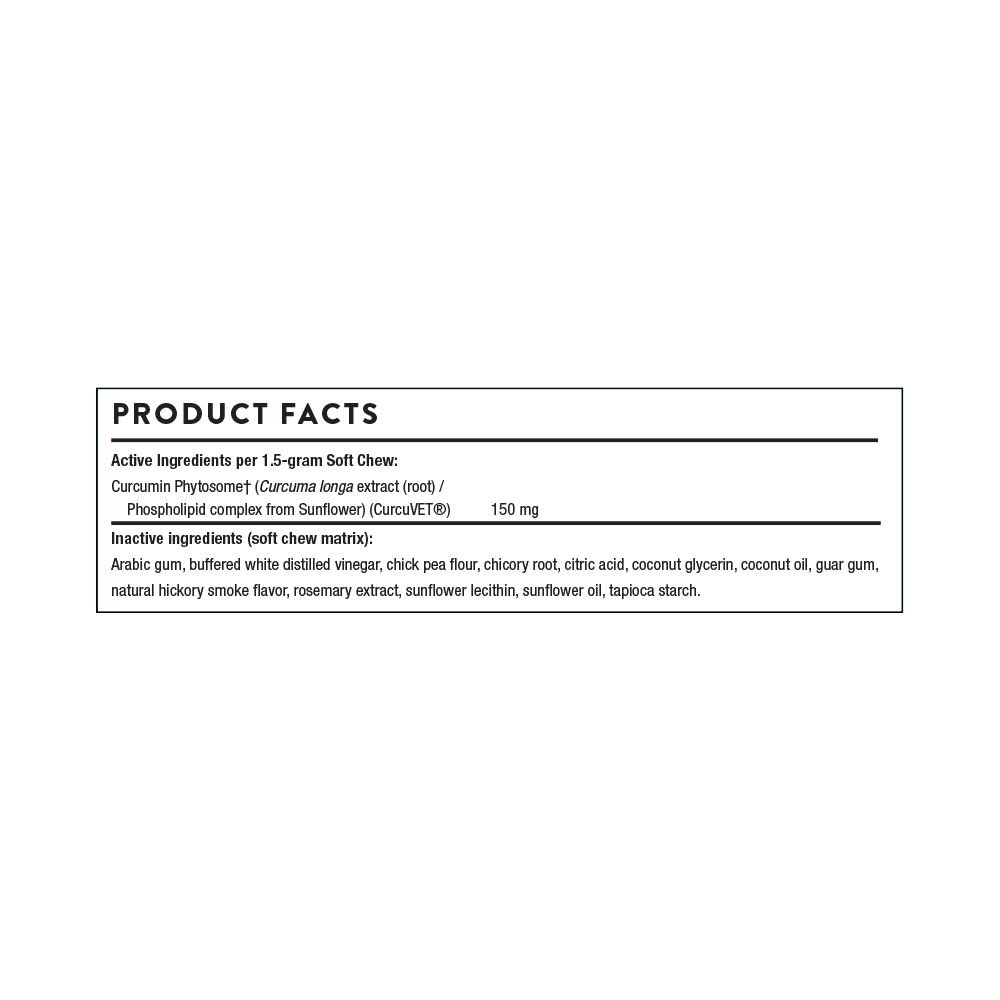 CurcuVET-SA150 is curcumin formulated to help maintain the normal inflammatory response in the GI tract, liver, and musculoskeletal system of medium-to-large dogs. Learn more by reading the CurcuVET Article.

Curcumin, the orange pigment in turmeric (the primary ingredient in curry), is a powerful antioxidant that offers numerous benefits for joint health, hepatic support, gastrointestinal health, and cardiovascular function because it helps to maintain the animal’s normal cytokine balance. However, in both humans and companion animals, curcumin is poorly absorbed into the bloodstream. CurcuVET®, a unique and patented curcumin extract available exclusively from ThorneVET, is a significantly better-absorbed form of curcumin than other forms of curcumin. Studies have demonstrated that CurcuVET supports a healthy inflammatory response in cats and dogs; for example, a recent European study found that CurcuVET was effective in helping to maintain a healthy cytokine balance in dogs. CurcuVET-SA50 is formulated for cats and smaller dogs, and Curcuvet-SA150 is intended for medium-to-large sized dogs.

Curcumin’s liver-protective effect is due in large part to its ability to scavenge free radicals. But curcumin also enhances the animal’s natural antioxidant system by increasing the level of glutathione, thereby aiding in liver detoxification and inhibiting nitrosamine formation.

For animal use only. Keep out of the reach of children and animals. In case of accidental overdose, contact a health professional immediately.

If you have ever tried Meriva®, our curcumin formulation with enhanced absorption in humans, you know how effective it can…
Read More